Originally published on The Nature of Cities: May 8, 2018

Over the past four years in leading the Engagement and Research portfolio at Tree Canada, I have had the opportunity to watch the organization grow, contribute to designing programs that move beyond tree planting efforts, and to create a network of knowledge sharing for Canada’s urban forests. I am pleased to share that our progress has made a significant impact in urban forestry nationwide by fostering comprehensive and interdisciplinary dialogue, by engaging in innovative projects, sharing knowledge, and convening communities.Specific programs in this portfolio include the Canadian Urban Forest Network (CUFN), Strategy (CUFS) and Conference (CUFC).

In Canada, we typically see that the curation and maintenance of urban forests is the responsibility of municipalities. Communities often seek direction from peers as well as look to provincial and federal level support. Tree Canada offers opportunities for communities to get involved through tree planting events, urban greening initiatives and grants, networking and engagement. The outcomes of initiatives conducted within the Engagement and Researchpillar strengthen overall leadership in urban forestry at the national scale and bridge communication across communities to foster collaboration and encourage diversity.

First, with respect to the Canadian Urban Forest Network (CUFN), the list membership rose from 450 individuals (between 2004-2014) to 925 members (between 2015-2017), more than doubling within the past two years. The CUFN was created to bring people together to share their stories and ideas, ask questions and learn from one another, and in some cases contest the status quo and grow. In light of recent threats to urban trees, we have seen more activity on the list with individuals vocalizing their concerns and offering support by sharing successes to overcome challenges. To this end, several recent achievements of the CUFN program include: 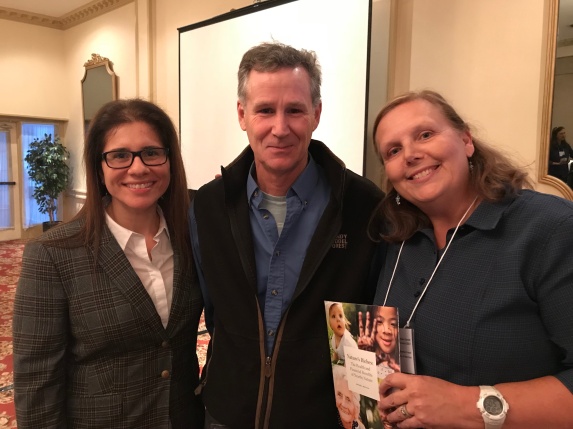 Second, the Canadian Urban Forest Strategy (CUFS) offers guiding principles for urban forestry at the national level. In recent years, more and more Canadian municipalities have been developing urban forest management plans and tree protection policies. Feedback from stakeholders and members has evidenced the need for a national strategy supported by all levels of government; as the Secretariat for the CUFS, Tree Canada promotes its importance to municipal, provincial and federal levels. In collaboration with multiple and diverse partners, several recent achievements include:

The CUFN Steering Committee, along with a secondary review committee consisting of provincial and federal government representatives, is currently in the process of updating the Canadian Urban Forest Strategy for the 2019-2024 term. This process began with public consultation workshops in autumn of 2015 in each region and has been ongoing for the past two years. The objective of the workshops was to ensure that regional voices were heard in the strategy’s redesign. The new version of the CUFS (2019-2024) will be presented at the 2018 International Urban Forestry Congress in October in Vancouver, BC. With respect to national efforts, there are three recent initiatives in the United States that are relevant and helpful to Canada’s efforts in urban forestry:

For a detailed overview of the above three programs, see Michelle Sutton’s article in the March/April 2018 issue of City Trees, a publication of the Society of Municipal Arborists.

Lastly, since 2014, in my role with Tree Canada, I have collaborated with several communities to coordinate three Canadian Urban Forest Conferences (City of Victoria, BC: 2014; City of Laval, QC, 2016; City of Vancouver, BC: 2018). The objective of the CUFC is to bring together the network of national and international urban forestry professionals, practitioners, researchers, students, and community groups to share knowledge and foster collaboration. In my experience working with communities on these events, the level of dedication and commitment shown by the individuals who work tirelessly to bring participants together to create a learning commons inspires me.The next Canadian Urban Forest Conference will be held in conjunction with two other conferences that comprise the 2018 International Urban Forestry Congress. This event is being organized in collaboration with multiple partners: Tree Canada, City of Vancouver, Pacific Northwest Chapter of the ISA, City of Surrey, and the University of British Columbia. The theme of the conference is Diversity.

The Engagement and Researchportfolio of programs moves beyond tree planting by recognizing, empowering and bringing together the people who work in urban forestry, and more broadly urban greening stewardship, across Canada. Moving forward in 2018, selected goals of this portfolio include:

On a personal note, I recently took part in two activities that better informed my perspective on our collective urban forestry efforts in Canada—regarding how we share knowledge and foster cross-cultural collaboration.

Last summer I was invited by the US Forest Service International Programs to represent Canada in their inaugural International Urban Forestry Seminar, with 19 participants from 16 countries worldwide (Chicago & New York; June 4-17, 2017). The two-week seminar enhanced and expanded my views on international activities in urban forestry by sharing insights and learning with others. Our group dealt with a series of themes including youth engagement, collaborating with non-traditional partners, resiliency (both social and ecological) and food security (Bardekjian & Paqueo, 2018). The idea of collaborating with non-traditional partners with the specific objective to integrate diversity and multiculturalism into urban forestry practice is not as actively practiced in Canada. My main takeaway from this experience was that people self-identify in many different ways and so we need to “look more closely, and think more deeply” (Bardekjian, 2017) about the way we do things; I have since integrated many of these lessons into my research and work with various organizations and initiatives. 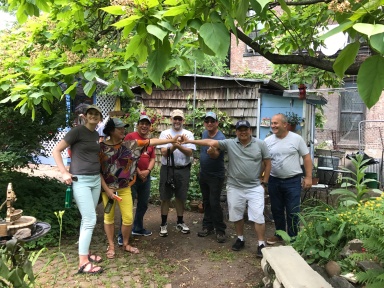 The second experience I want to share that demonstrated collaborative learning was participating in the Peter Wall Institute for Advanced Studies International Roundtable (October 23-25, 2017) called, “Do Rainbows Come in Green: Urban Forests and Multicultural Citizenship” organized by my mentor and academic supervisor, Dr. Cecil Konijnendijk van den Bosch, University of British Columbia. This three-day workshop explored the theme of diversity in urban forestry across disciplines from both theoretical and practical perspectives. The round table brought together participants from around the world to discuss how we can better integrate diversity and multiculturalism into research and practice in our urban forestry work. As part of this workshop, I was invited to offer a Canadian perspective on a panel of international speakers with leading global experts from Finland, the UK, and the Netherlands, and co-curate a digital photo exhibit, titled, Human Faces, Forest Places (Nesbitt & Bardekjian, 2017), profiling the diversity in people and their experiences with urban trees. During this same week, the CUFN Pacific region held their fall workshop focusing on topics including climate change adaptation, shade tree management, and biodiversity strategies.

As a social scientist and Postdoctoral Research Fellow with the University of British Columbia examining gender equity in arboriculture and urban forestry, and by working with Tree Canada and other organizations and Boards, I am proud to be contributing to urban forestry interests in Canada, and I look forward to seeing how our field evolves in the coming years. There is more to be done on various scales and ample opportunity for growth and collaboration; part of this is also finding a common language in the way we speak and interact about urban forestry and arboriculture – but that’s another story for another day. I encourage readers to use the CUFN listserv as a tool for sharing stories, projects, successes, and challenges—ask questions and inspire others… and if you are not a member, consider joining the conversation. In the coming months, I will be working with the CUFN Steering Committee Representatives to share regional updates from across Canada.

Best wishes for a productive year ahead!

Sutton, M. (2018). Zooming Out and In on Urban Forestry in the U.S. City Trees: Journal of the Society of Municipal Arborists. March/April issue. Champaign, IL.